The novel, “Runner in Red” by Tom Murphy, explores the legend of the “Runner in Red” from the 1951 Boston Marathon when a group of Canadian runners insisted they saw a woman “wearing red” slip into the race. But their contention was never proven – and thus the mystery of the woman runner “in red” passed into lore.

The goal is to give today’s women runners a chance to tell how running enhances their lives against the backdrop of a story from an era when rules forbade women to run.

We invite women runners to use this opportunity to share how running helps develop resiliency strengths, form strong relationships, become “empowered” and more. 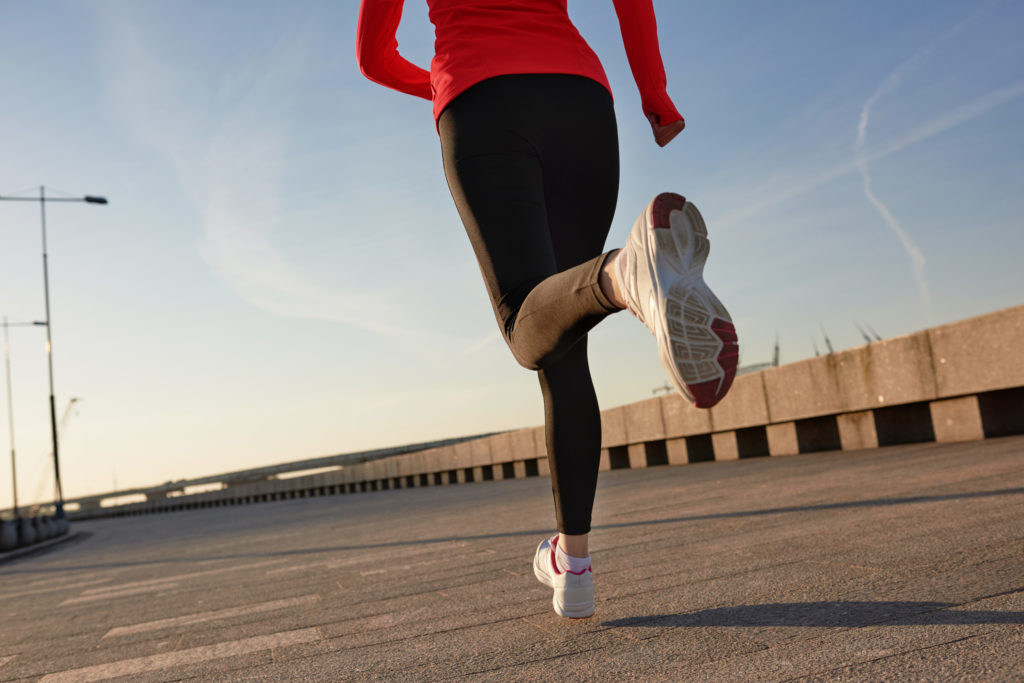 At the same time we’re working to promote a cure for lung cancer, which takes the lives of more women than any other cancer. We’re partnering with the Armory Foundation in NY to field FOUR “Runner in Red – Racing to the Cure” teams in the Armory’s iconic Indoor NY Marathon in April. Once the essay competition closes we’ll do a drawing from among those who submit essays and wish to be considered to participate on a “Runner in Red” team in that marathon relay. ONE essay writer will be added per team. Each team member will run a 5K in the marathon relay on the Armory’s world-famous track. See our Partners page for full details.

The Runner in Red essay project began with a PILOT in the spring of 2018, led by the women runners at Boston College, shown in this photo:

Click here to Read Winning Stories from the PILOT. 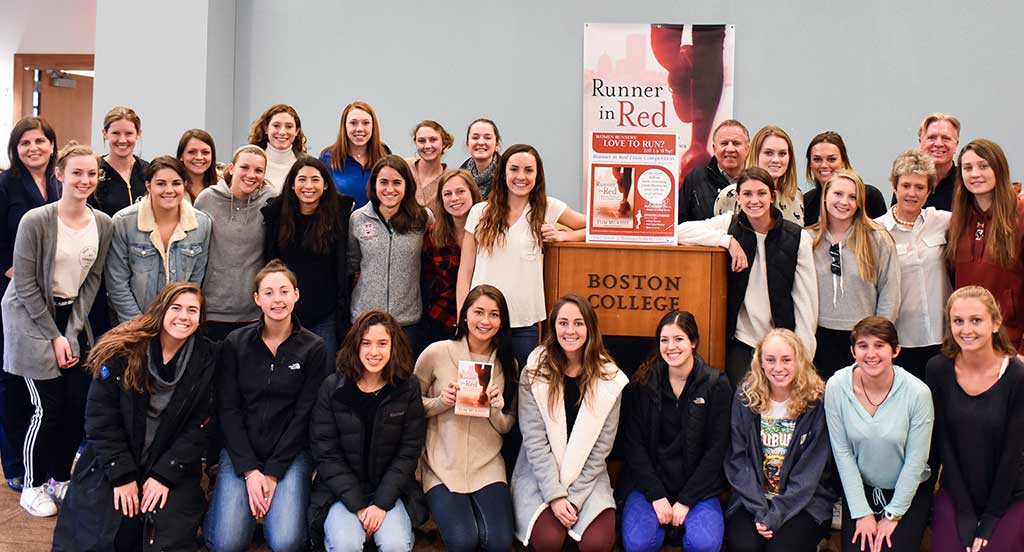 There are TWO CATEGORIES:

On March 15, we’ll conduct a drawing to select FOUR essay participants to run on our “Runner in Red – Racing to the Cure” teams in the Armory’s Indoor NY Marathon relay race.

Amazing to think there was a time when women were not allowed to run. Until 1972, American Athletic Union (AAU) rules that governed the sport forbade women to compete at distances greater than 200 meters. Now nearly half the 30,000 participants in major races such as the Boston and New York City Marathons are women. We invite you to share your story as part of this incredible growth.

Contribute to the Cause!

The figure in our program’s logo is not clip art, it’s a silhouette of Barb Murphy, Runner in Red author Tom Murphy’s late wife, crossing the finish line in the 2000 Boston Marathon. Barb passed away in 2013 from lung cancer, which takes the lives of more women than any other cancer. Contributions (tax deductible) help us expand the essay competition and support a cure for lung cancer. 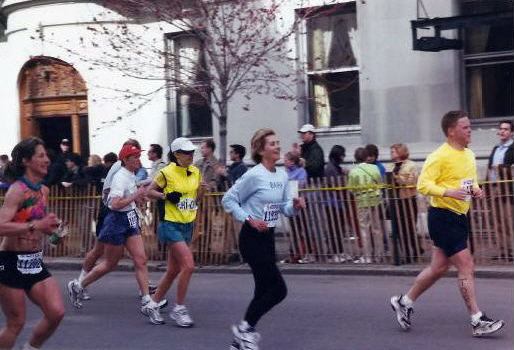